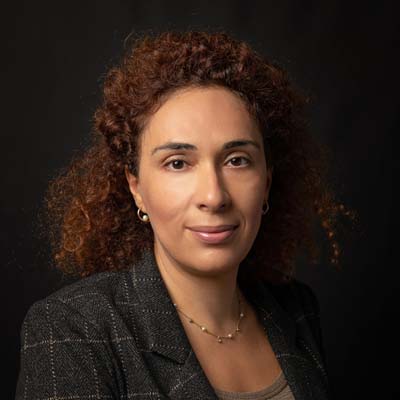 Dr. Nianiou was born and raised in Athens, Greece. She graduated from 28th Lyceum of Athens and subsequently pursued a Medical Degree at Semmelweis University, Budapest, Hungary, where she graduated cum laude, and further obtained a Masters Degree (MSc) in Neuroscience through the Brain and Mind program at the University of Crete. She went on to complete her Neurology Residency at Evangelismos General Hospital in Athens, Greece. During her residency she joined the John Radcliffe Hospital, Department of Clinical Neurology in Oxford, UK where she trained and worked on electroencephalography (EEG) and electromyography (EMG). She continued her subspecialty training in Epilepsy, video-EEG and pre-surgical evaluation of seizure disorders as a research fellow at the Cleveland Clinic Epilepsy Center, USA, through a competitive bursary from the Hellenic Neurological Society.​

​Since returning to her native Greece, she has served people with neurological disorders across socioeconomic backgrounds, including work at the Nestor Psychogeriatric Association, the Metropolitan General Hospital, and, more recently, the Athens Medical Center. She has established and directs Epilepsy Specialty Clinics and serves as a consultant Neurologist for patients with seizure disorders while also providing services in reviewing EEG studies.​

​Since 2019 she is the Clinical Director of the Epilepsy Center at the Neurological Institute of Athens, caring for patients with epilepsy and their caregivers.  Through her position, she heads a multidisciplinary team of epileptologists, psychologists, and social workers, working together in improving clinical and social outcomes for people with Epilepsy.  She is an active member of the Hellenic Neurological Association, the European Academy of Neurology, the Panhellenic Scientific Association Against Epilepsy, and the International League Against Epilepsy.​